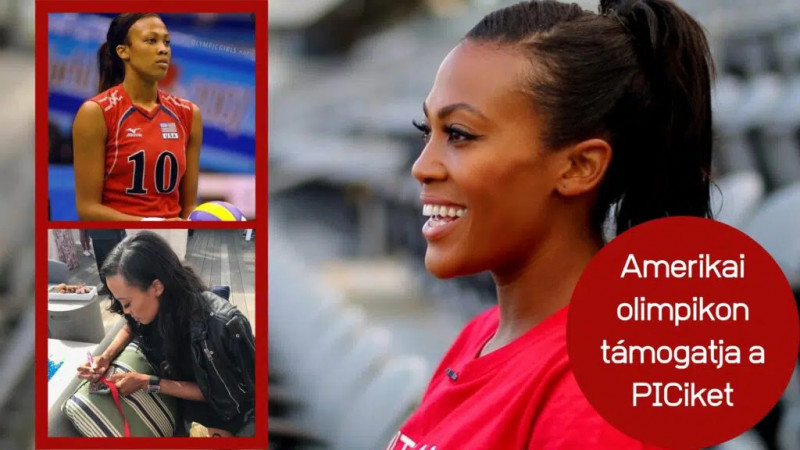 Kim Glass, a silver medalist in the Beijing Olympic Games, has also joined the Plush Commando campaign of the Hungarian Premature Rescue Foundation.

Kim Glass was an outside hitter at the Beijing Olympic Games, where the team marched all the way to the Olympic silver medal.

Kim Glass attended on a women’s health day in Beverly Hills, where journalist Virag Vida, U.S. Charity Ambassador of the Foundation invited her to participate in the project. “Kim had questions about the work of the Foundation, so I showed her the website, with the pictures of the latest life-saving machines that the Foundation bought from the donations. I also informed her that several American celebrities have already supported the project. After that she agreed to help.” Jennifer Hudson (Oscar-, Emmy- and Grammy-winning singer and actress), Donald Mowat (Oscar-nominated Make-up Artists 2022/ DUNE) and Vladimir Kulich (Thirteenth Warrior) already supported the project .

In addition to his participation in the U.S. team, Kim has previously strengthened the national teams of seven countries. According to her, her favorite country was Turkey, where she was also impressed by the culture and food, but she also fondly recalls his two years in Azerbaijan. Kim believes that “Elite athletes are in a special position because during their careers they can learn about the traditions of other countries and have close human relationships with people from other cultures.” The volleyball player therefore considered it important for her to join the Plush Commando campaign led by Ildikó Nyilka and sign his intention to support the Plush Commando Love Ribbon by signing it.
The pretty elite athlete, who is also a model, is very happy to contribute to the rescue of Hungarian premature babies with her signature and message. Hungarian readers have already been able to meet Kim Glass, for example, on National Sports or 365sport, but on Wellandfit it is also in the fourth place in the list of the TOP 10 most beautiful Olympians.

The athlete is still active today, working as a trainer in the United States.

Behind the Plush Commando there is a foundation ‘Foundation for Foundations’. Founder and President Ildikó Nyilka also experienced how it feels to be worried about a life of a premature baby as a mother. In addition to the Plush Commando, the foundation continuously organizes other charity events, meetings and charity concerts with Hungarian celebrity singers. One of the symbols of the Plush Commando is the Red Ribbon of Love, which is a thin satin ribbon that can be tied to the wrist (also) - with a unique serial number. The ribbons get around the necks of plush toys and the foundation donates the celebrities ’plush animals to a charity bid. The total amount received from the bid will go into the amount needed to purchase the life-saving machines.